We departed Falmouth on the morning of July 21st, sailing west. Our destination was Newlyn, but as we were unable to contact the harbour master, we sailed to Penzance instead. Early on we were joined by two dolphins, and then three, and for about an hour they played close to us, sometimes leaving us and then returning again. As we got closer to Penzance the majestic monastery on St. Micheal’s Mount came into view.

The tiny harbour at Penzance is only accessible at high water, after which time the harbour gate closes. We rafted against a lovely large wooden boat, which in turn was rafted to a large working boat. It was an adventure getting the girls across the boats to shore, but well worth it for a walk along the promenade to watch lots of swimmers racing in the crystal clear waters. The next morning the water was flat calm and the scene was enchanting.

Because of the restricted opening of the harbour gate, we left at 8am, but merely went around the corner and picked up a mooring buoy, sitting in the morning sun enjoying a cooked breakfast under the watchful eye of St. Micheal’s Mount.

Following a hearty breakfast we set sail for the Isles of Scilly. It was one of our best days sailing yet. Good winds and a hot sun shining down on us. The coastline along this final stretch of mainland UK is beautiful, with quaint villages such as Mousehole and golden sandy beaches dotted all along. Just past Lands End we passed a basking shark – yet another wonderful animal to add to the girl’s wildlife spotting book.

After a great sail the Isles of Scilly came into view.

The Isles of Scilly from the deck of Carina

We moored in New Grimsby, between the islands of Tresco and Bryher. There were a few other boats around, and we enjoyed dinner in the cockpit, watching the sun set and a new moon rise.

The next day was spent in glorious sunshine. First we went to the beach and swam and played. And then went exploring the beautiful island of Tresco. 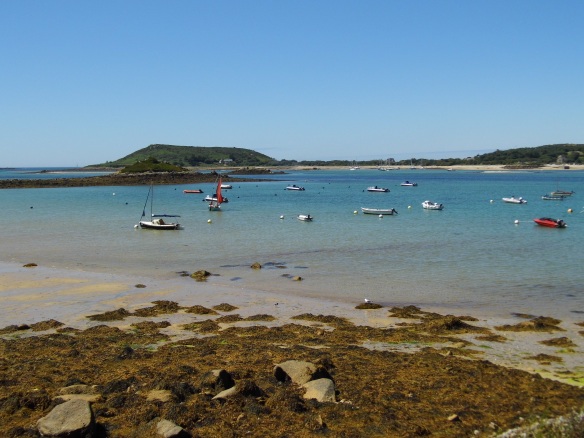 We went exploring along the coastline, Katie in the back carrier, and Lily being a wonderful explorer, battling her way through ferns that were taller than she was!

We walked from Cromwell’s Castle to King Charles Castle, the highest point on the island. The scene was awe inspiring and the castle was the perfect playground for the girls. 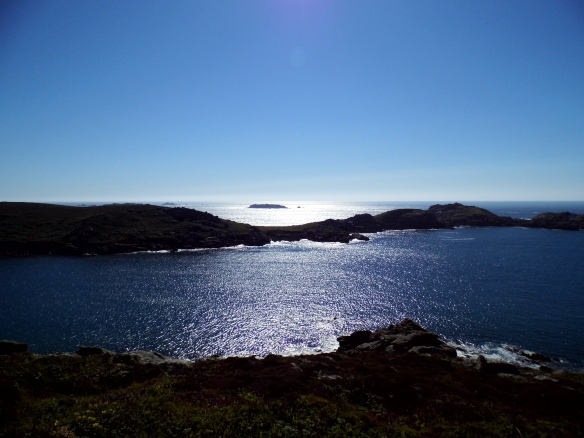 We departed the Isles of Scilly early next morning – destination Ireland. But that’s a story for my next post!

Musings on place, home and memory

Journey of a Nomadic Family

all that is glorious about Portugal

Polar Bear Alley - Guide to the Polar Bears of Churchill

Seeking new expriences, a simpler life and sharing the views.

Live to Write - Write to Live

We live to write and write to live ... professional writers talk about the craft and business of writing

Sailing, Simplicity, and the Pursuit of Happiness
Jules Pretty »

Adventures of a family afloat